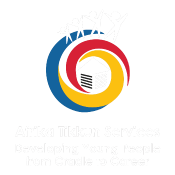 International Equal Pay Day, the most ludicrous day of all by Onyi Nwaneri

Today is International Equal Pay Day, the most ludicrous day on the global calendar. How can it be that, in the year 2020, people continue to earn more because of their gender? These are not small differences, either, particularly in South Africa: The International Labour Organization’s 2018/19 Global Wage Report, which examines the salaries of people in 70 countries, shows that women in our country earn on average 28% less than their male counterparts. The width of this gap depends on the sector, with women of colour in male-dominated fields often holding the short end of the stick.

In other words, to earn her male colleague’s salary, the average South African woman needs to spend 2.5 hours per day longer at her place of work, and even longer if she is black, coloured, or Indian. This alone should be enough to make us toyi-toyi in the streets, organize sit-ins at parliament, and shun companies who contribute most to this problem.

This above situation is not because South African women are less experienced, educated, capable, and qualified. On the contrary. They, in fact, often outperform their male counterparts, something which already starts at a young age.

This is not where it stops. According to the Department of Basic Education, 57,579 more girls wrote their matric exams last year than boys. Besides, female matriculants accounted for two-thirds (63.8%) of all A-distinctions, 55% of bachelor, 53% of diploma, and 57% of higher certificate passes. This trend continues in university: Last year, six of UCT’s 11 civil engineering first-class honours students were women.

Despite their academic excellence, South African women earn less than men, especially in male-dominated fields. The first reason is a multitude of glass ceilings, which are preventing them from reaching higher placed and better-paid positions. To give you an idea, only 3.3% of CEOs, 12.8% of CFOs, and 9% of executive directors on the JSE are female, of whom a minuscule percentage are black, coloured, or Indian.

Various gender-biased myths are at the root of this. Women are often seen as not analytical and ambitious enough to be in leadership, and too emotional, of course. This is nonsense. We have the same level of leadership aspirations and skills as men, and we are just as willing to accept the associated organisational challenges of managerial and executive positions.

The real issue is that working in male-dominated environments doesn’t always appeal, particularly at executive level. Being the lone woman in an all-men boardroom is lonely and difficult, especially for women of colour. Many, therefore, decline the offer, often long before it arises, which comes at a price.

What doesn’t help is that women are less likely to negotiate their salaries. According to global staffing firm Robert Half, 45% of female workers globally negotiated their wages in 2018 as opposed to 68% of men.

Then there is the myth that suitable women (of colour) are hard to find for executive and managerial positions, especially in traditionally male environments such as engineering, finance, and even technology and science. In my personal and professional opinion, this is the result of fundamentally flawed and biased recruitment processes and poorly reviewed succession plans. South Africa has plenty of incredibly capable, qualified, experienced, and skilled women across all sectors. I know so because at Afrika Tikkun Services, we spend our days helping companies identify and recruit talented women from multiple backgrounds, successfully assisting them to become more diverse and representative of our nation – from the top down.

Our success is rooted in a strategy that actively involves both genders; men because they, as illustrated above, still tend to hold decision-making powers within their organizations and women because they are the ones affected. But there is more. Women play a huge role as mentors to inspire girls and young women to aspire more. Up and coming generations of female leaders need established and relevant role models to tell, show, and teach them they can be whatever they want to be and earn what they are worth, so we can finally scrap International Equal Pay Day off our calendar. By Onyi Nwaneri 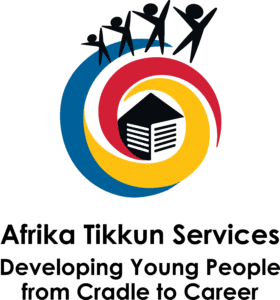