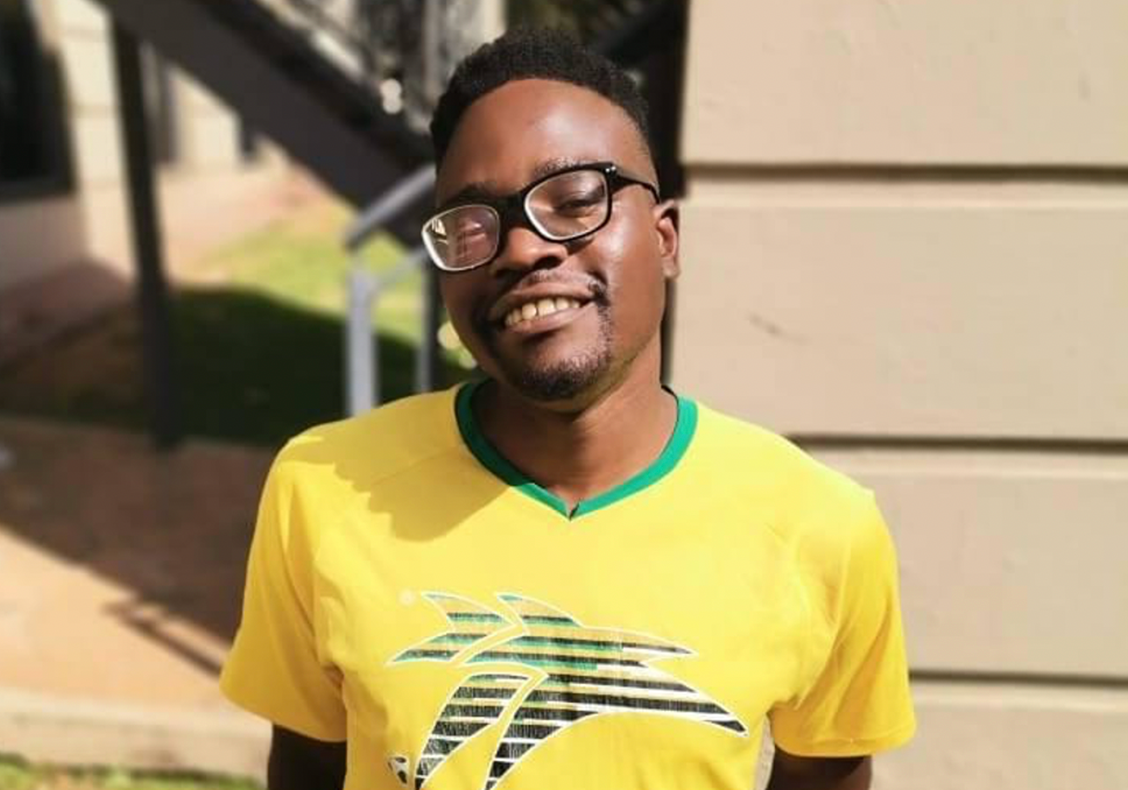 My name is Nkosinoxolo Lovbejoy Ngulube, I was born in Krugersdorp in 1995. In the beginning it was a happy home until my parents broke up when I was 4 years old leaving my single dad with the responsibility of raising 2 young boys. Growing up in a house with a single dad was not easy, it was the hardest the thing in the world. My dad might not have been the greatest dad in the world but he did try his best to raise two boys even though he was clearly struggling. It was a peaceful life with its ups and downs but nothing major until my dad decided to get remarried in my second year of high school and this was when everything changed for the worst.

As time passed I began to feel like my dad’s house was less like a home and more like a stranger’s house until at some point I felt like I wasn’t welcomed in my dad’s house anymore, and everything came to my head when I came home one day and found the house locked and no one was home and this lasted for a whole weekend. A friend of the family called the police and reported a case of neglect against my dad. Long story short by the end of the week I had moved to Johannesburg to live with my mom.

My mom after breaking up with my dad had moved to Hillbrow, Johannesburg and tried to build a life for herself, though it had been a while since I’d seen my mom and even though she didn’t have much, my mom stepped up when I needed her and took me in at my time of my need. After moving to Johannesburg and with my mother’s help I managed to finish High school at Johannesburg Metropolitan college and from there I wasn’t able to go on to do my Tertiary education as funds were tight, so immediately after high school I got my first job and joined the working class.

Then came COViD19 and everything changed. When lockdown came I was laid off from my job and I won’t lie life was hard for a moment. Towards the middle of 2020 a friend of mine told me about an organization called Afrika Tikkun where I could go study for a certificate in Microsoft for free, and where they could hopefully help me find a job. The first time I walked into Uthando Centre I wasn’t really sure what to expect and I was so nervous while on my way to the office in room 43 to enquire. I couldn’t believe how friendly the first person I met was when I walked into the office (I didn’t know it yet but the bundle of energy I’d met was Thabang the centre manager.) She quickly took me under her wing and more painlessly than I’d thought possible I had found my opportunity.

The day I started my CDP I wasn’t sure what to expect, but when I entered the class and met my Facilitator for the first, after hearing her opening statement I knew that I had found a place where I could belong. I won’t lie at first it was hard as I am very much an introvert and I find it very hard to connect with others (Thabang says I’m socially awkward.) I gradually grew closer with the people around me and made some very good friends. As the program continued I found myself slowly breaking out of my shell and finding out things about myself that I didn’t know where there, I found I was developing more than the program had promised and with these developments came a side of me that I hadn’t realized was there to begin with.

Throughout the course of my CDP I learned, I grew, I left my comfort zone and did things I never thought I would be capable of doing, and just when I thought I had reached the end of that particular journey and I was getting ready to figure out the next step in my life. Afrika Tikkun wasn’t done with me yet, early 2021 I was called into attend elections at Uthando centre for the Alumni committee of this year and to my surprise when I left, I left as the Vice-President of the Uthando Alumni Society. After that election my year just took off I attended a camp with so many young future leaders of my generation and I was given the opportunity to learn and be inspired by them. The camp was also a major turning point for me as I was voted into the junior board of directors of Afrika Tikkun Services. With a spring in my step and a smile on my lips I came home to find out that not only was I voted into the junior board of directors but I had been accepted into the YES Programme. I almost couldn’t believe my eyes when I got the sms to come to the Centre and sign my contract, I nearly shouted out in joy.

Afrika Tikkun as a whole, Sendra and Akhona my facilitators, Thabang my Centre manager and the many others that I couldn’t mention have had an impact in my life that will be unforgettable. The effect they’ve had is beyond what words can describe, they are more than just colleagues and friends they have become a family that I couldn’t imagine myself without. They are a family that pushes me to do my best and is always rooting for me to go beyond what I thought where my limitations, they are the people I trust to always bring out the best version of me possible.

Today I stand before you as Vice-President of the Uthando alumni society, COO of the junior board of directors, a junior manager at ATS Talent-Hub and this has all been possible through Afrika Tikkun.